Feynman: Science "Proves" Nothing, Discovers Everything 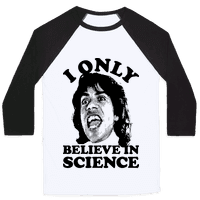 Some think the strength of science is that "it" speaks in authoritative absolutes. Or that "it" PROVES things. It is not uncommon to hear science conjured in almost anthropomorphic, if not completely deified tones:"Science has proven that...!" As if science has a sentient agency.

Feynman looks at science in a remarkably different way, but a way which, if given proper reflection, does not diminish the power of science - but highlights its strengths. He makes a few distinctions in his view that may help us "laymen" have a greater appreciation for science and scientists.


Note these comments in Feynman's lecture below:

"Now I’m going to discuss how we would look for a new law. In general, we look for a new law by the following process. First, we guess it (audience laughter), no, don’t laugh, that’s the truth. Then we compute the consequences of the guess, to see what, if this is right, if this law we guess is right, to see what it would imply and then we compare the computation results to nature or we say compare to experiment or experience, compare it directly with observations to see if it works. If it disagrees with experiment, it’s wrong. In that simple statement is the key to science. It doesn’t make any difference how beautiful your guess is, it doesn’t matter how smart you are who made the guess, or what his name is … If it disagrees with experiment, it’s wrong. That’s all there is to it."

This humble approach is far from the booming voice of authoritarian edicts often associated with scientific statements. But it is more productive. It invites knowledge and opens minds rather than shutting down conversations. It is also more realistic; it acknowledges our remaining ignorance, but frames it as a frontier for discovery. It sets us on a path of exploring the wondrous unknown. The "know-it-all" attitude has a chilling effect on gaining knowledge, but the "Feynman attitude" is a useful approach in all disciplines.


"We can imagine that this complicated array of moving things which constitutes 'the world' is something like a great chess game being played by the gods, and we are observers of the game. We do not know what the rules of the game are; all we are allowed to do is to watch the playing. Of course, if we watch long enough, we may eventually catch on to a few of the rules." (Richard Feynman, The Feynman Lectures on Physics)

Thirty years ago - on March 12, 1989 - Tim Berners-Lee submitted a proposal for a way to use the (then in its infancy) internet to more ea...

DrNick@Nite
United States
Randy D. Nichols is a speaker, writer, and Associate Professor of English and Communications at Limestone College, where he directs the B.A. in Professional Communications. Dr. Nichols is life-long learner and communicator who now learns alongside college students as they engage the ever-shifting literacies of our modern digital world. He has a passion for engaging communication issues with fellow-communicators in the workplace, community, and the classroom.